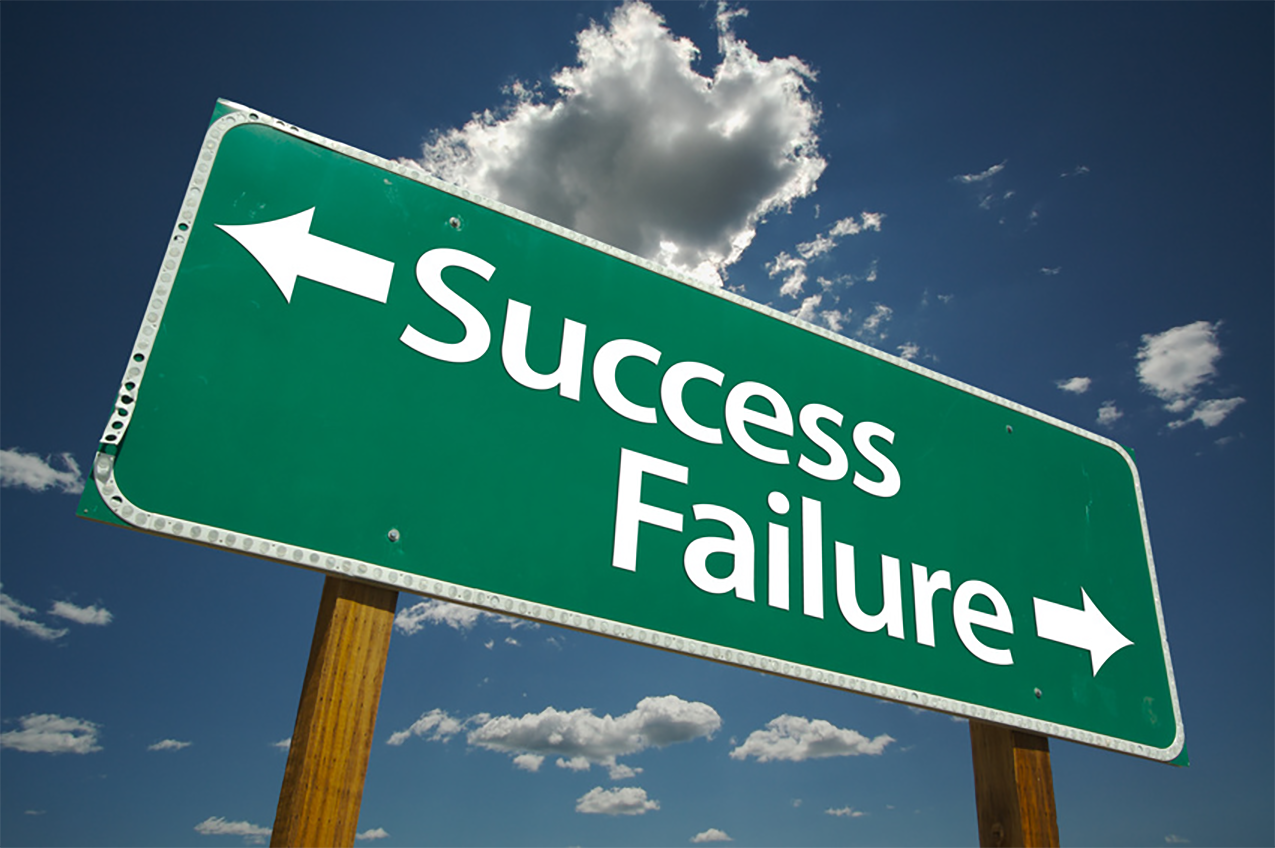 Some time ago, I left my previous job as the Sr. Manager of Customer Service at Tapjoy. While I am legally prohibited from discussing the particulars of my departure, being asked a few times lately if I considered my demise at Tapjoy a failure, made me get to thinking. In short – yes and no. It was my most successful failure to date.

Most of us are taught from a very early age, and it continues through adulthood, that success and failure are exclusive of one another and only tied by an overall outcome. This couldn’t be further from the truth.

“Failure is Success in Progress.”

I was put into a very precarious position about a year after I started with the company … my boss was suddenly no longer with the company, and I was being told that I was going to be responsible for the department. I had no experience leading an entire team independently. I had no experience managing a multi-million dollar budget. I had no experience with the expectations of C-level executives – especially when some of those expectations are unreasonable and ill-conceived. But, I made the best out of what I had. We accomplished some amazing things in the 14 months that followed. We decreased our ticket backlog by 80% (for any of you that have worked in customer service/support – this is huge – especially at Tapjoy’s volume). We made a decision to change, and successfully transitioned to a outsourced team in Mexico away from the team we had in India. We cut expenses, spent money where it was needed. Improved infrastructure. The list goes on. By and large, each of those were wildly successful.

So, where did it all go wrong? Remember a few moments ago when I mentioned I had no experience? Yeah. That happened. I wasn’t prepared to run a team. I wasn’t prepared to “massage” peoples egos and feed them lines of BS just so I could keep my job, and make them feel warm and fuzzy about the sub-par performance I was getting out of them. I wasn’t prepared to be held responsible for violating a company policy that didn’t exist (yes – that happens). I wasn’t prepared for HR to tell me that my entire team was supposedly ready to quit. So, instead of that happening – I left Tapjoy to “pursue other challenges and opportunities.”

I’ve asked myself numerous times, where did it all start to unravel? The day I took responsibility for all of it. The velocity at which it came apart only increased as time went on, and increased exponentially after an org change. Putting sales people in charge of a service organization is never a good idea. You can’t turn the customer service experience into a sales cycle. It doesn’t work that way.

It’s not often that I can honestly say that I felt as though management of an organization felt more like dealing with the Gestapo than people who are supposed to be supporting you in being successful. However, that’s what it was like. Every. Day. There was no support for me to get the knowledge and mentored experience necessary to be great at my job. The CEO talks so much about “winning,” but there is no real foundation for it. I was naive enough to believe that I could build my own foundation, stabilize my team, and be successful with or without their support. Oops. That pissed some people off.

Was I a failure? Yes. It was my most successful failure to date. I learned more than I think I even realize.

One of the key take-aways from my time at Tapjoy was that employees need to be treated like school children. You can’t scold them. You can’t point out their faults. You have to build them up, always give positive reinforcement, and sugar coat everything. If you don’t, you’re a horrible human being and should be shown the door. </sarcasm> I thought we were all adults? Why not act like it?

I’m looking forward to my next opportunity to lead a team, but it won’t be today, tomorrow or next month. I’ve internalized everything I’ve learned in the past two years and made the conscious decision that all of the fluff should be someone else’s problem to deal with. It’s time to love life. I didn’t love who I was half the time while I was in that role. It didn’t make me a great person.

Are you going to be a snowball, or a snowplow? Choose wisely – the later may just end up helping you find a way to the door.

Don’t be afraid to fail. If you are, you’ll never become a success. Good luck!

This post and its contents are protected under the California Labor Code Section 232.5, which prohibits an employer from requiring that an employee refrain from disclosing information about the employer’s working conditions. Any waiver or other document signed in contradiction to this is also in violation of this section.

The opinions expressed in this post and throughout the suchafias.co website are solely mine, and do not represent the opinions of other individuals, my employer, partners, advertisers, or any business venture in which I am a party to.